As service manager Piet Roskam is responsible for the ‘sailing element’ of Piet Brouwer Electrotechnology. This means he is in charge of providing service for the onboard installations after electrical systems have been delivered. The sailing element includes new-build projects as well as refit and service jobs or the fixing of fire or water damage. 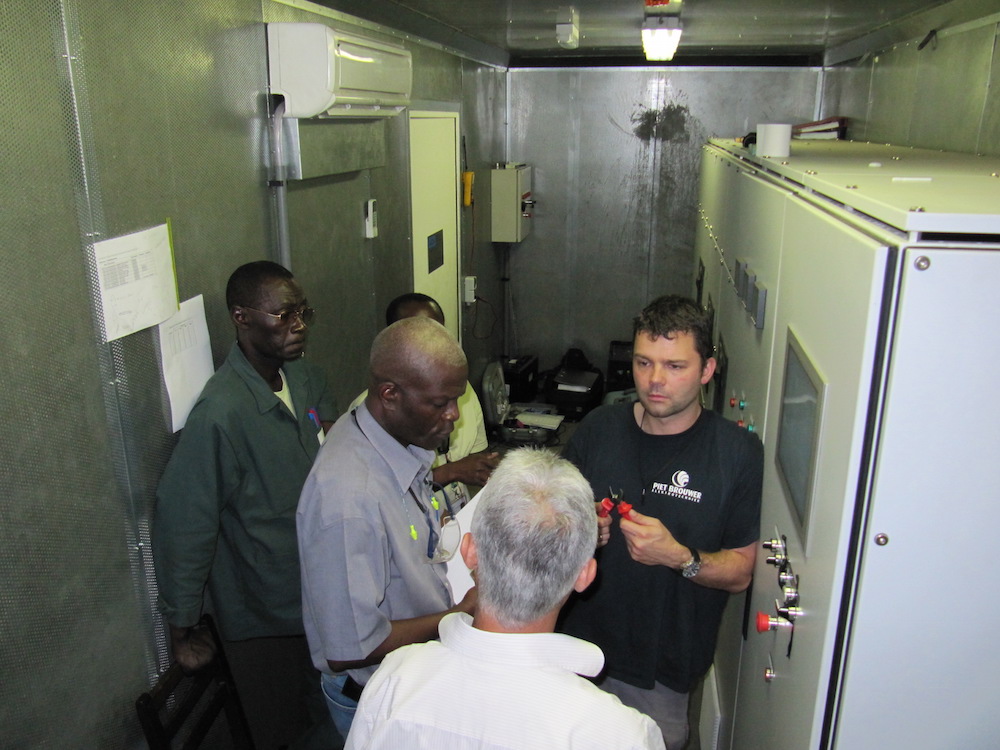 “The working relationship does not end when vessels are delivered with a Piet Brouwer system onboard,” Piet explains. “We continue to be there for the crew for maintenance, certification, warranty issues and client support where necessary.”

After graduating from his electrotechnology studies in 1993, Piet joined Piet Brouwer Electrotechnology as a mechanic. “I started with lights.” Piet still clearly remembers his first project, the UK197 Morgenster. “I was just out of school and it was the first time I’d worked onboard a ship. I soaked up everything I could like a sponge.” After various mechanical functions, Piet became foreman, or a putter as they call it on Urk. He has been service manager since 2009.

There have been various projects during his career at Piet Brouwer that will stay long in the memory. “They were extra special because they marked a turning point for Piet Brouwer as a company, both for the management and the mechanics. I will always remember the first coasters, for example, the first yachts and the first major project abroad when a sailyacht had filled up with water in Mallorca. The job developed from a repair commission to a major renovation.

“I also recall our first task for Holland’s largest beer brewery in Congo. For the first jobs abroad, Henk Brouwer himself drove us to the airport. Now we have become such a large company that we have to find out who’s abroad by checking the calendar. I have fond memories of a lot of projects, really. They involve long-term processes, from getting the job in to the preparations, then the start of the project and working on it for weeks, months and sometimes even years before completion. You can become quite attached.”

Piet says that Piet Brouwer’s strength lies in the combination of the tight-knit team, flexibility and client-orientedness. “We are a close group of people that easily adapts to change. You could be working on a yacht on Urk this week then heading for Congo the next. We always endeavour to find the best solutions for each situation while also staying focused on the big picture. This doesn’t don’t stop once our work is done and a vessel is ready. We’re only happy satisfied when the trawler is actually catching fish, the yacht owner is sailing the oceans, the brewer is producing and selling beer, and the cargo ship is moving freight. We’re motivated by the end user… If they’re happy, so are we.”

The constant change, continuous challenges, trust and freedom he has at Piet Brouwer Electrotechnology still inspire Piet Roskam. “One day work can be a five-minute bike ride away, the next it’s 15 hours by air.”