3 february, 2019: Reinier Romkes’s (25) career with Piet Brouwer Electrotechnology started eight years ago as an intern assistant engineer. During his further training to first engineer, he spent four days a week at Piet Brouwer and went to school one day a week. “It seems they were happy with my work, because they kept me on,” he recalls. Reinier started as an electrician on boats, laying cables on large projects, providing support on fishing vessels and putting together coasters as part of a team. 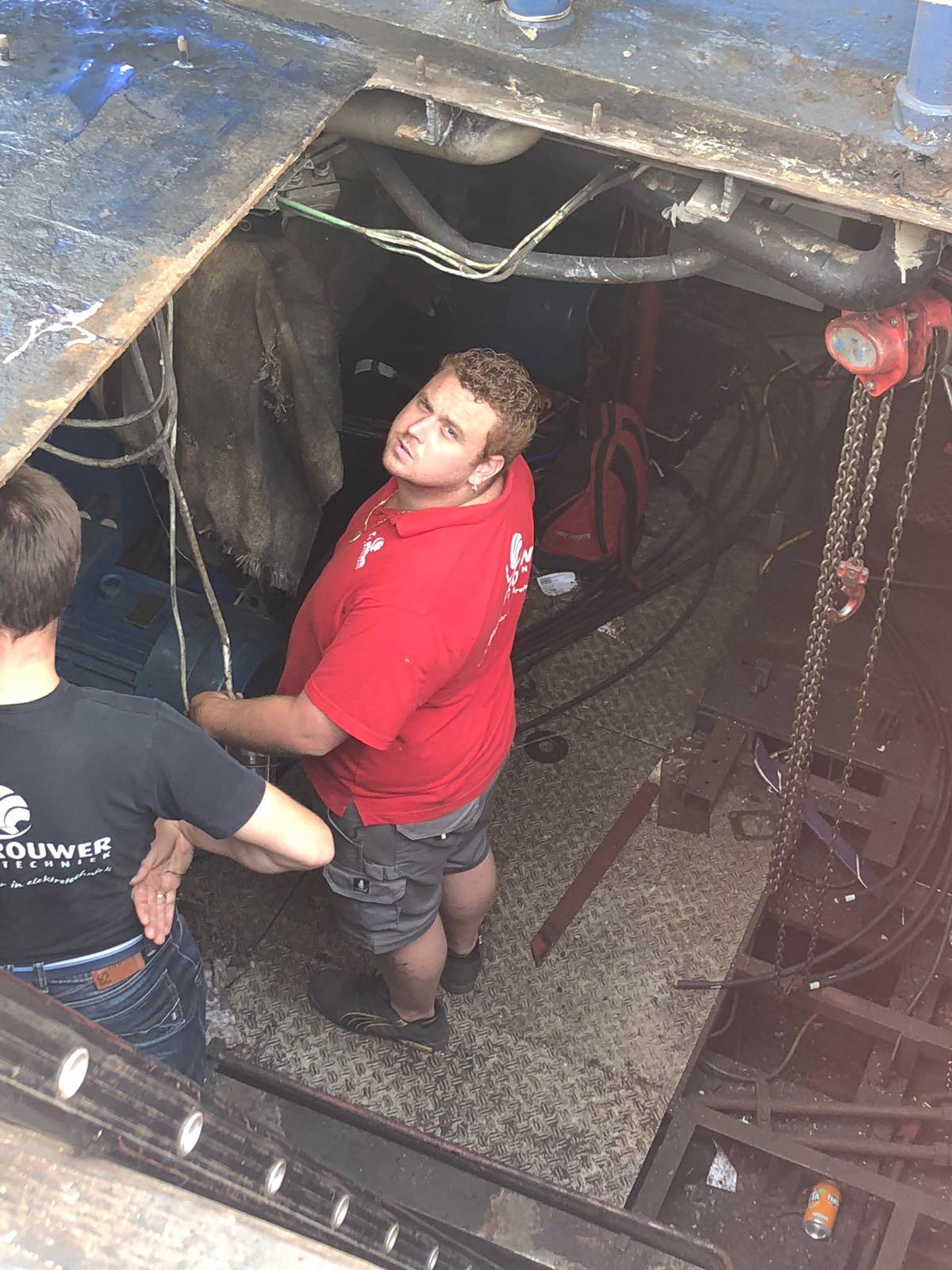 Reinier has been a service engineer for five years now, resolving issues on fishing vessels in the Netherlands and abroad. His working day starts with a cup of coffee and a scan of the list of malfunctions provided by the planner. During the day Reinier is also sometimes redirected to rush jobs. His working day sometimes ends at 17:00 but can also go on until 22:00. For instance, he recently fixed a malfunction onboard a Dutch fishing vessel which was stranded off the coast of England. This involved a four-hour trip in bad weather, after which he was dropped off on the vessel to find a solution that would allow it to reach the port of IJmuiden safely.

One of the projects Reinier remembers most vividly is installing a new bridge on a UK-177. “This boat was already 39 years old,” he says. He worked with a colleague to transform the 1980 bridge to a wheelhouse that would meet the requirements of 2018. “It was a great challenge – things are never the same in practice as they are in drawings.”

Another project that has made a real impression on Reinier is the replacement of the electrical system on the multifunctional work vessel The Guardian. “This was one of the largest jobs on which I’ve worked. The boat had been flooded and, as we didn’t know exactly what had been affected by the seawater, the cabling was one big puzzle.

“My favourite thing about working at Piet Brouwer Electrotechnology is that they entrust us with big jobs from which we can really learn. And in this profession, we learn every day – it never stops. Moreover, we are encouraged to bring up ideas and suggestions, including in the area of growth opportunities.”

The first three words to occur to Reinier when he thinks of Piet Brouwer Electrotechnology are flexibility, service and friendliness. “When a customer calls, we always look for a solution. Nine times out of ten we’ll be at their door or on board their vessel in no time. We work with a great group of people and tackle large projects with enthusiasm. But there’s also room for fun. We catch up with each other during our regular Friday afternoon drinks and gather round to hear the stories of colleagues whom we don’t often see because they work abroad a lot.”