Februari 28th, 2014: Successful sea trials were recently carried out for MS Atlantic Dawn and MS Arctic Dawn. These are the first two in a series of four new multipurpose heavy lift vessels commissioned by the Urk shipowner Daniel Hartman and constructed by the Shipkits BV yard. Piet Brouwer Electrotechnology is responsible for the electrical systems onboard these vessels. The systems were extensively and successfully tested in heavy weather conditions, after which construction of the vessels was completed to the satisfaction of the owner. 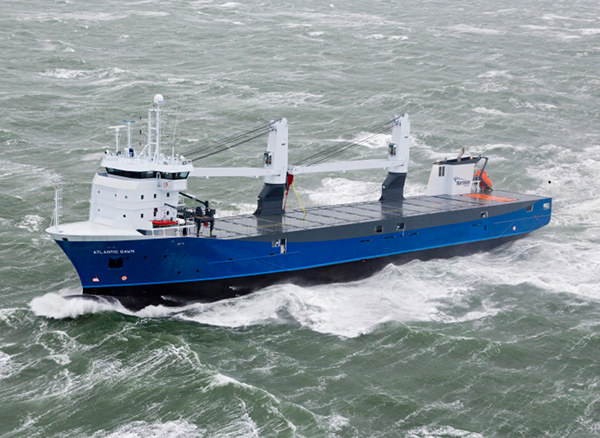 The two boats are identical, with a dead weight of 4,200 tonnes and two cranes each with a capacity of 150 tonnes. They are 111.60 metres long, have a beam of 16.80 metres and deploy a top speed of some seventeen knots – a relatively high performance for this type of model. The hull of MS Indian Dawn also arrived in the port of Urk for further finishing in January, and we have started installation of the electrical system here too. The fourth boat in the series, named MS Southern Dawn, will arrive later this year.