February 19th, 2014: The Fast Crew Supplier FCS2008 was delivered by Damen Shipyards in Den Helder a few weeks ago. This 20-metre model with an 8-metre beam was designed as a successor to the highly successful, slightly larger FCS2610. This is the first in a new series, of which four have been commissioned so far. Piet Brouwer Electrotechnology is responsible for the design and installation of the electrical system onboard each of them. The vessels are a unique addition to Damen Shipyards’ product range, and the yard is hoping to tap new markets with them. 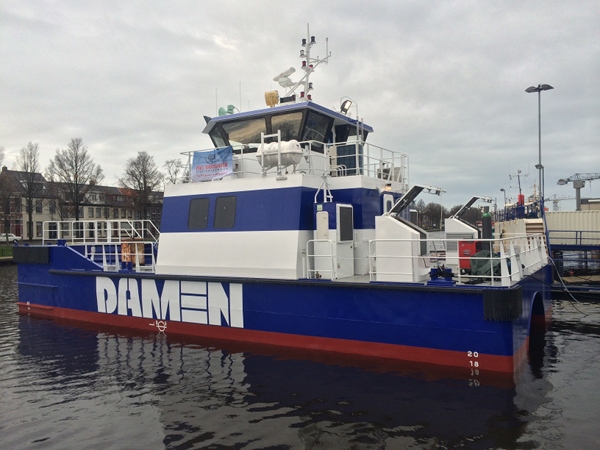 The first boat has now been completed and delivered, and we have already started installing the systems onboard the second. As catamarans they have two engine rooms but only one generator set. The Fast Crew Suppliers are primarily intended for the transport of passengers to facilities such as windmills.