October 31st, 2017: TX-65 is a newly built 24-metre shrimp trawler built on Urk by local producers VCU and several subcontractors. There used to be a flourishing trawler building sector on Urk in the past, which has all but disappeared in recent years. This project is unique in the sense that it involves the first new trawler built entirely on the island for years. The boat will be delivered as a turnkey product to the Kalf family from Texel.

The future owner of the trawler has always sailed on boats equipped with a system by Piet Brouwer Electrotechnology and is therefore familiar with our systems and way of working. 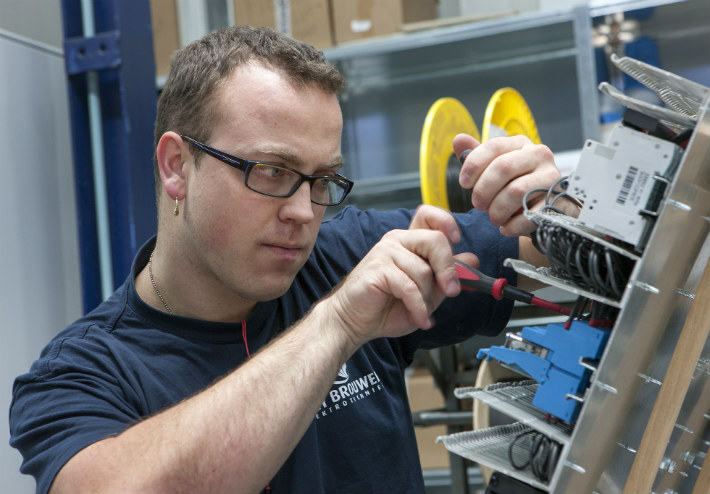 The vessel will be equipped with a standard system developed specially for shrimp fishing and smaller trawlers, which focuses mainly on reliability, safety and simplicity.

During construction, Piet Brouwer Electrotechnology will supply the following elements:

Piet Brouwer Electrotechnology is proud to provide this system, not least because it is for a unique new trawler built on Urk. The company has fitted electrical systems on many boats in the past, and a large number of trawlers and fishing companies from Urk in particular have been satisfied customers since our company’s establishment in 1961. Piet Brouwer Electrotechnology often supplied these new companies with complete new systems, and today still provides a range of service, maintenance and repair work.