April 4th, 2013: Piet Brouwer Electrotechnology in the Netherlands has received the order to supply and install the electrical installations on four newly built multipurpose heavy lift vessels. The Groningen yard Shipkits, part of the Centraal Steel group, is building the vessels for the Daniel Hartman shipping company in Urk.

The four vessels will have a deadweight of 4,200 tons and each be equipped with two 150-ton cranes. The vessels have a length of 111.60 metres and a beam of 16.8 metres, combined with a top speed of approximately 17 knots, which is relatively fast for this category. The hulls are currently under construction at Shipkits’s Polish yard, with the first due to arrive in the port of Urk in the middle of April for outfitting. 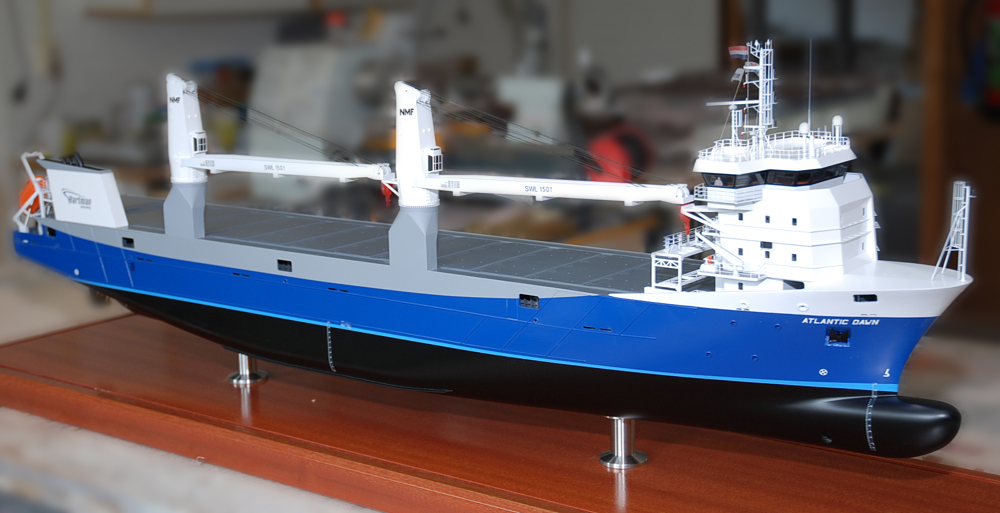 Piet Brouwer Electrotechnology previously supplied electrical systems for Daniel’s brother, Johan Hartman, who also owns a shipping company in Urk. This included the recently launched Oceanic, the first of three new vessels in the Hartman M2 Runner series, which consists of general cargo/heavy cargo vessels with open top notation. The Oceanic (92.9 x 15; 2,978 gt; 3,500dwt) can transport twice the amount of wind turbine parts as other 3,000-ton vessels. The second in the series of M2 runners, the Nordic, is currently being finished in the port of Urk. The third, the Arctic, is expected to arrive in September 2013.