The hull of MS Northern Rock arrived in the port of Urk on 13 May 2015. The fourth vessel in the M2 runner series by Hartman Marine Shipbuilding from Urk, this will be an all-purpose cargo/heavy freight ship with an open top notation. She is preceded by MS Oceanic, MS Nordic and MS Arctic Rock, which have been operational and highly successful for some time. The major new element onboard Northern Rock is that she will be fitted with a dynamic positioning system and has therefore been dubbed an M2.1 offshore runner.

Like MS Oceanic, MS Nordic and MS Arctic Rock, MS Northern Rock (with a length of 92.90 metres, beam of 15 metres, volume of 2978 GT, weight of 3500 DWT, and average service speed of 11.5 knots) is characterised by a special construction of the large, flat deck and a uniquely positioned superstructure. This will give her 60% more deck space and hold volume than similar vessels with the same tonnage. 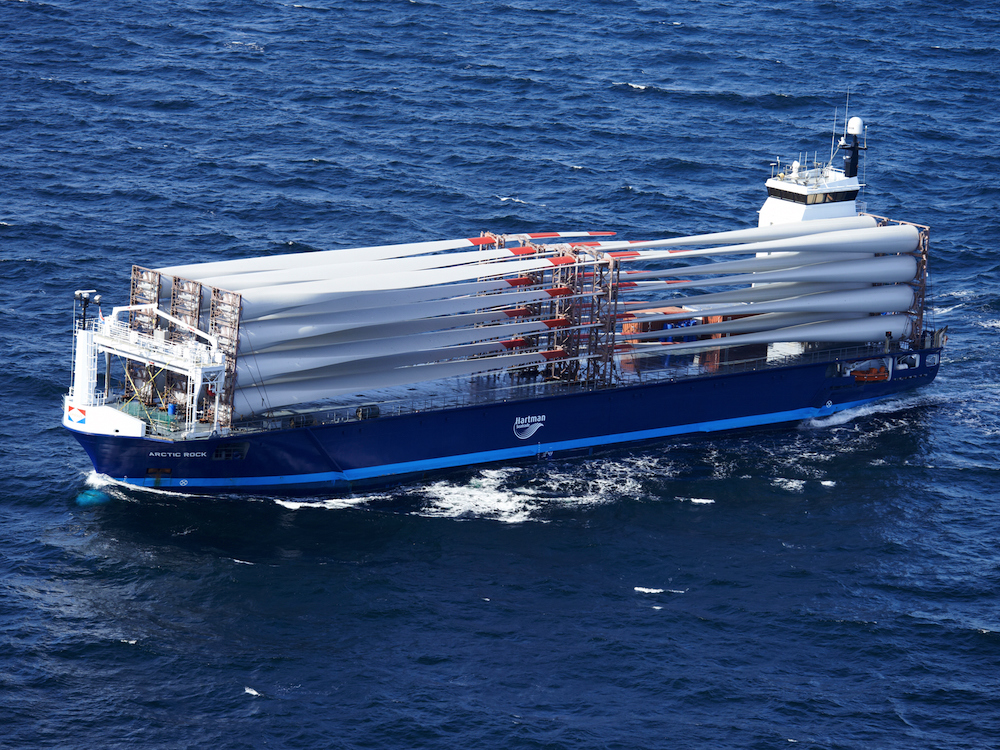 As the open top notation will allow cargo to protrude overboard, Northern Rock will be able to transport twice as much cargo as comparable vessels with the same tonnage – for the same operational costs. And her DP system will make her extra useful for offshore support activities and more flexible in her operations.

This is the eighth project for which Piet Brouwer Electrotechnology has been commissioned by Hartman Shipbuilding for the design, engineering and construction of an entire electrical system. The vessel will serve the offshore market and be run by Hartman Seatrade, which also operates MS Deo Volente and MS Arctic Rock.