June 9th 2016: Piet Brouwer Electrotechnology successfully completed its activities on the 24-metre long, 6.7 metre wide Hartman motoryacht Livingstone. The Hartman Classic was recently launched and in now on her sea trials. The yacht features the latest technologies and will mainly be sailing the Dutch coastal waters and Norwegian fjords. 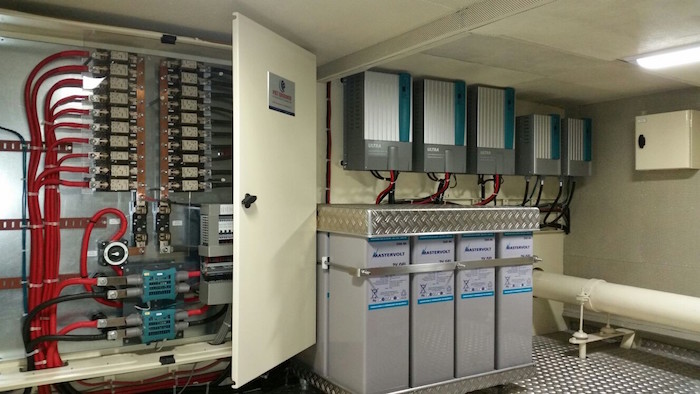 Piet Brouwer Electrotechnology was responsible for the design and installation of the entire electrical system, audio/video system and navcom system on board this classic yacht as well as the electrical part of the hydraulic system. Subsidiary Marble Automation supplied the alarm and monitoring system.

The hull was built by VCU at the Royal Denship yard. The Dutch owner of Livingstone developed the yacht’s passerelle in partnership with VCU for which Piet Brouwer Electrotechnology designed the electrical system and Marble Automation the controls.