October 24th, 2017: Several months ago, Piet Brouwer Electrotechnology started a comprehensive refit of the fishing trawler PH 63, which is operated by the Urk company Oprey Trawlers and sails under Scottish flag. The vessel has since been brought from Harlingen to Urk, where she was largely stripped.

The old engine room switchboard was removed and replaced. To make the system future-proof, the new engineering will directly take into account the possibility that heavier generators will be fitted later without any major changes to the switchboard being required. The other electrical systems in the engine room were also overhauled to ensure they offer a premium performance in the years ahead. And the vessel was equipped with a completely new fire alarm system by Marble Automation. 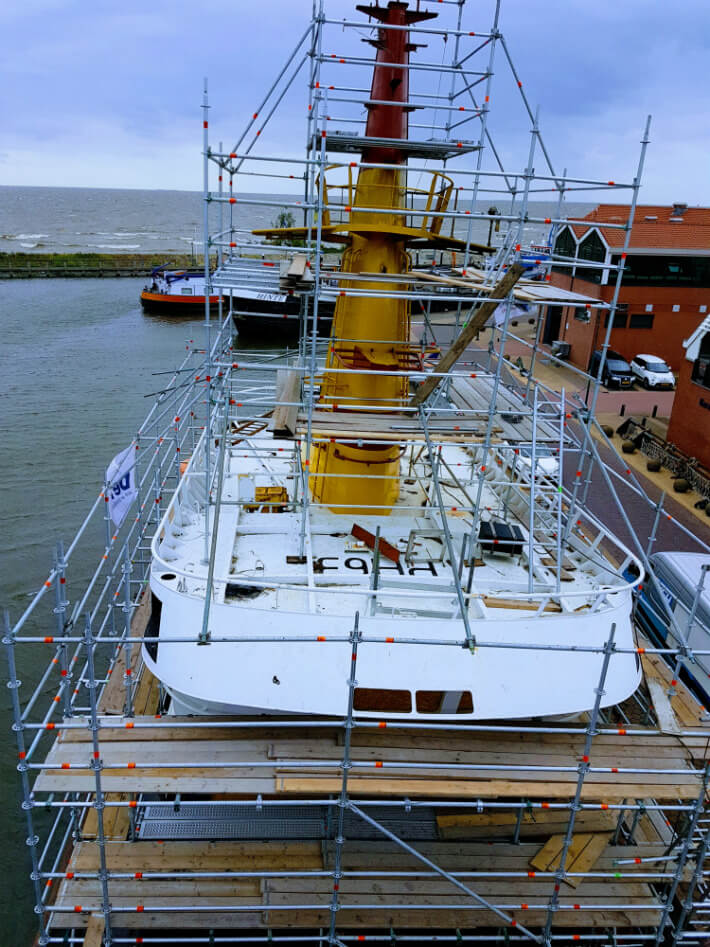 All the machinery on the processing deck was replaced. A new switchbox was created for this purpose, with the conveyor belts equipped with frequency inverters. Piet Brouwer Electrotechnology also provided the cables for the revamped freezers and chillers. The fish container, net hold and accommodations were completely renovated too, and equipped with a new LED lighting system. The same LED solution was used for the new outdoor lighting. In addition, various adjustments were made to the bridge: for instance, the consoles were overhauled and given new panels for pushbuttons, indicators and similar functions.

PH 63 is currently back in Harlingen. Not all blasting work could be done on Urk so the remainder will be finished in Den Helder. Piet Brouwer Electrotechnology will then put the final touches to the trawler, and she will be ready for many more years of dedicated service.