Commissioned by the Dutch Fishermen’s Federation and IMARES, Piet Brouwer Electrotechnology has installed scores of camera systems on selected vessels over the past two years, which are now being used to monitor catches.

Fishermen have always had to deal with the issue of catching certain types of fish unintentionally, although they are convinced that the extent of such incidental catches is much lower than environmental authorities claim. This is why both the European Union and the Dutch government have started projects aimed at measuring the exact catch on a number of vessels. 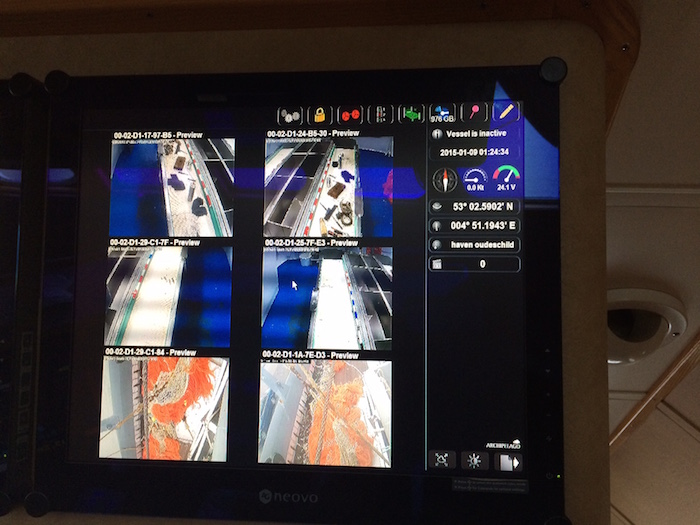 This includes, for example, checking the quantity of fish caught, collecting information on the legal specifications for undersized fish, and seeing which species are being caught that should not be fished, such as porpoises. For the purpose of controlling the catch of both roundfish and flatfish, the Dutch government has initiated three subsidised projects in which a number of vessels are equipped with a camera system. Piet Brouwer Electrotechnology was selected by the Fishermen’s Federation and IMARES to supply and install these systems due to its major experience in the fishing industry. 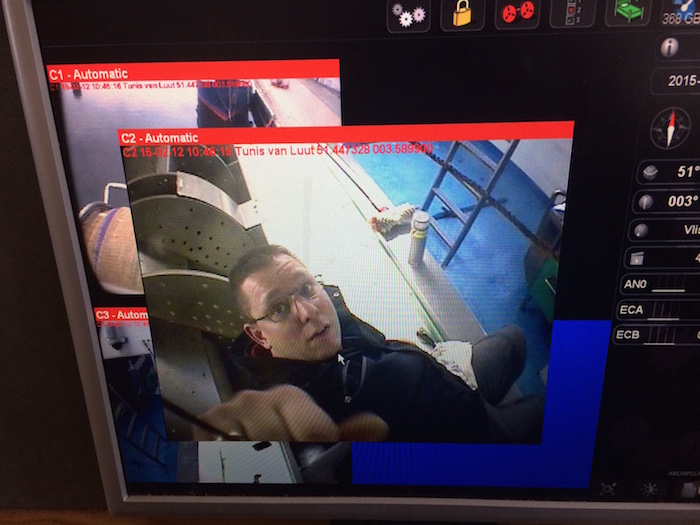 The different boats each feature one monitor in the wheelhouse and three to six cameras scattered throughout the vessel:

– one or two directed at the stern

– one or two directed at the catch storage on the deck

The camera systems are automatically enabled by GPS as soon as the vessel leaves port and the hydraulic system is activated. Images are stored on a hard disk, which must be replaced as soon as it is full. The hard drives are sent to IMARES for checking. Where appropriate, the electrical and hydraulic systems on board are adapted to these systems.