17 october 2016: The GRE 33 fishing trawler Vertrouwen has spent seven weeks in the port of Urk undergoing a major refit, in which Piet Brouwer Electrotechnology has been closely involved. This included the replacement of a winch, for which the winchroom and part of the bridge had to be removed. 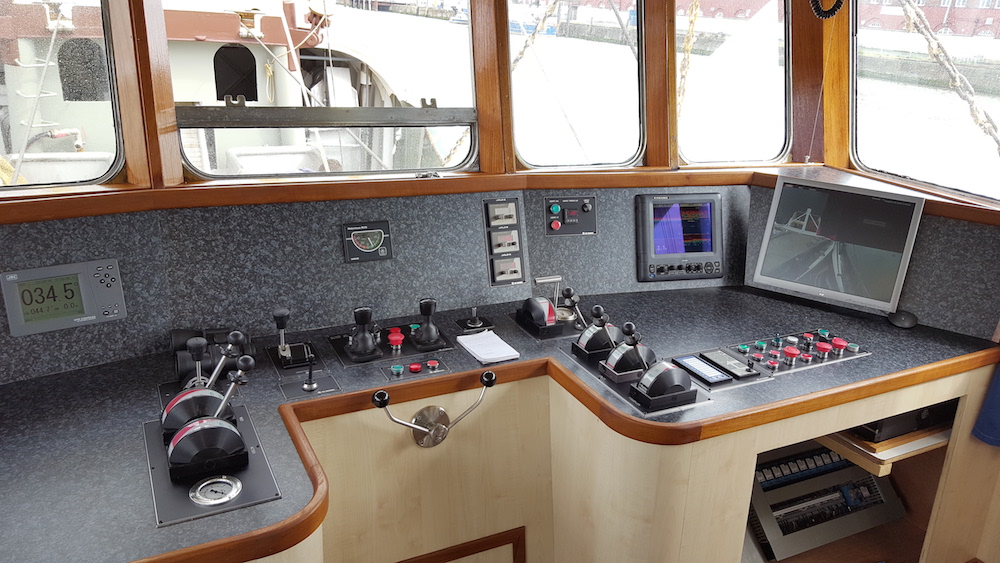 A new console including engraving plates was also fitted and connected. In addition, Piet Brouwer Electrotechnology installed a new hydraulic bowthruster driven by the hydraulics of the fishing winch, designed & connected a new steering system, and gave the fish processing plant a thorough overhaul that included new cables being laid before the system was reconnected.