In early October, Piet Brouwer Electrotechnology was asked to perform an upgrade of the sailyacht Ghost. This 122-foot superyacht was launched by Vitters Shipyard in 2005, and at the time was the largest all-carbon luxury yacht built by the yard. Ghost is a high performance yacht, very fast on the regatta circuit while also offering superyacht levels of comfort. 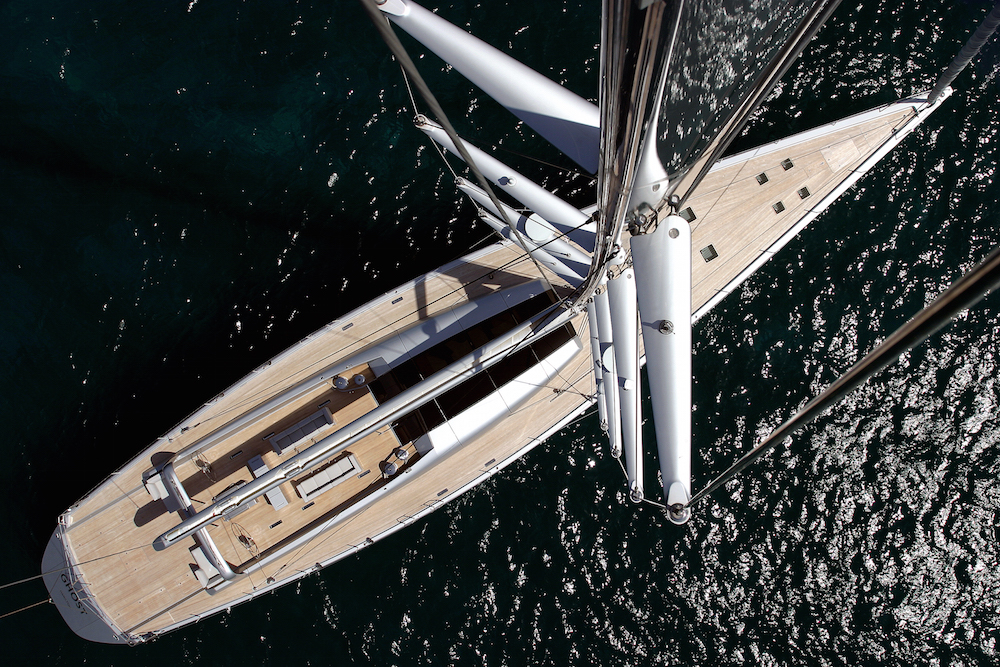 Piet Brouwer Electrotechnology has been involved in the construction of the trendsetting sailyacht since the very beginning. Ever since her launch we have maintained excellent contacts with the crew of Ghost, wherever they may be in the world. Based on this good relationship with crew and management, the decision to ask Piet Brouwer to take care of the upgrade was a unanimous one.

Ghost has sailed all the world’s seas and completed an intensive round-the-world trip. Nonetheless, the yacht is in excellent condition. The upgrade is therefore not the result of technical problems or age, but is based on the many technical developments that have taken place over the past years.

Ten years ago, nobody had heard of iPads or iPhones, PLC systems were slow and LED lighting was in its infancy. The yacht was equipped with an entertainment system that loaded CDs to a 100GB hard drive – a minimal capacity compared to current laptops, for instance. There have also been major changes in the field of controls and power management: everything is much faster and with better graphics. Where programs used to be written in Visual Basic, there are now dedicated software applications we can use.

During the upgrade Piet Brouwer will install a new shore converter, integrate a new power management system and replace the entire alarm and monitoring system. We will also be integrating a harmonic filter which will maintain the sine wave of the onboard grid and equally distribute the loads over three phases.

Piet Brouwer Electrotechnology is pleased to see the yacht back again after so many years and looks forward to making the sailyacht future proof. Ghost is due to be delivered in the spring of 2016.