LED lighting is ‘in’ and the technology is an ever-present in all departments of Piet Brouwer Electrotechnology. From yachts to kotters, from luxury housing to fish processing plants, LEDs are being used in abundance. At the same time, there are lots of questions and tall tales about LEDs, and everyone seems to have – often contradictory – ideas about what to do and what to avoid.

Piet Roskam, service manager at Piet Brouwer Electrotechnology, attempts to explain how LED lights work. This is not merely a question of replacing a few light bulbs. Important variables include the strength and colour of the light, as well as cooling. Fortunately, there are many good products on the market and excellent results can be achieved with the right choices. This article aims to shine a little light on the matter.

An LED is a diode: true

An LED is actually a diode. This means it is kind of like a valve in electrical terms: it allows electricity to flow only in one direction (known as the forward direction) and not the other (the reverse direction). Just as with a valve, the pressure – the voltage – must be sufficiently high before the diode will let it through; this is known as the cut-in voltage. The diode has low impedance and the current therefore rises rapidly at an applied voltage (I = U/R). The current must be limited or the diode will have a very short lifespan.

While every diode does emit light, it doesn’t always do so in the visible range. Very little laser light is visible, and even less infra-red light, while ultraviolet is almost entirely imperceptible. LEDs (Light Emitting Diodes), however, generate plenty of light in the visible spectrum.

There are white LEDs: false 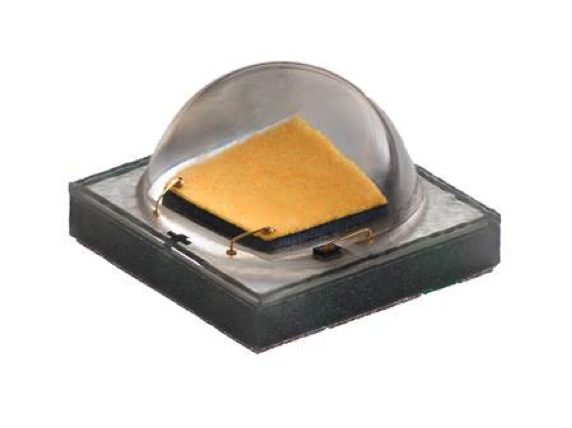 There is no such thing as a white LED. The first LEDs were red or green and were used as a replacement for signalling lamps. It took a long time before blue LEDs were introduced – they were only invented in the 1990s and could not provide the same output as green and red LEDs until 2006. LEDs which are white in appearance are actually blue and fitted with a lens with a yellow fluorescent layer, resulting in yellow light. The mix of yellow and blue appears white to the eye. To ensure that light is emitted at a certain angle, a clear lens can be fitted over the diode.

Red and green LEDs have a very high efficiency: more than 50%. Traffic, warning or car lights, for instance, can ideally be replaced by red LEDs. Blue LEDs are also quite efficient as such; however, due to the use of phosphorus to transform blue light to yellow, a portion of the former is converted into heat. The efficiency of LEDs is currently making great strides, the record being held by CREE with a yield of more than 300 lumens per watt. The whiter (i.e. bluer) the light is, the better the performance: warmer (that is, yellower) white colours of 2700 K have a lower efficiency.

White LEDs in particular suffer from heat loss through the aforementioned conversion from blue to yellow light. This is a real problem because, in contrast to incandescent or halogen lamps, LEDs cannot tolerate any heat – it causes the phosphorus in them to slowly be consumed. When this happens the LED changes colour, usually from white to purple or green, and eventually stops working.

LEDs have a long lifespan: true

LEDs keep working for a long time so long as they are properly refrigerated. In other words, cooling is vital, especially to preserve the phosphorus, and also because of the tiny soldering seams. Correctly cooled, LEDs have a very long lifespan of around 30,000-50,000 hours.

LEDs are cheap: true and false

The old adage that buying cheap is a waste of money applies to LEDS too. LEDs can seem cheap when printing and soldering are done on a shoestring and there is only half the recommended cooling. However, this significantly reduces their lifespan and ultimately makes them a lot more expensive.

LEDs are diodes and a diode allows current through as soon as the cut-in voltage is reached. Depending on the colour, this is normally in the 1.7 to 4.5-volt range. An LED that is marked 24 V or 230 V contains an electronic component which transforms and controls the current.

LEDs are controlled by current: true

To ensure that an LED works correctly, the current must be properly regulated. It will vary by type of LED from 350 mA to 1000 mA. A current of 350 mA can be channelled through a 1000 mA LED; this would result in a lower light output, as well as a different mixing ratio of blue and yellow, which will emit a different colour (green to bright white). The more milliamperes in the current, the hotter the LED will become. This has direct consequences for the cooling and, therefore, the lifespan.

This is true (see above) – however, the process is not very smooth. The best way to dim LED lights is PWM, in which the lamp is turned on and off continuously. More or less light is perceived depending on the on/off ratio.

This is the case for PWM dimming described above. This has been studied especially in the United States, and there are other PWM methods which do not completely turn off the lamp. The low pulse is then not a complete lack of current but rather a lower current – e.g. 25 mA.

Which driver should you choose? 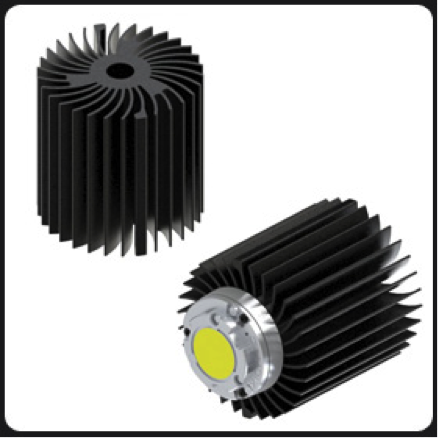 There are quite a few types of LED spotlights available which are controlled directly with electricity, just 24 V or 230 V, dimmed or not. The best way to manage the dimming is to ensure that the LED receives a controlled current. This can be done internally or through an external driver. It is therefore important to pay attention to the specific LED fixture used, and choose an appropriate driver. Most drivers operate on 230 V or 24 V and can possibly be dimmed with a separate signal (0-10 V, Dali, DMX), or fed directly with a dimming signal (trailing edge).