Februari 27th, 2014: MS Arctic Rock arrived in Urk harbour a few weeks ago, the third new build in the Hartman M2 Runner series of open top general cargo/heavy lift vessels. The two previous vessels – MS Oceanic and MS Nordic – were taken into service some time ago, and have already proved their mettle.

Like MS Oceanic and MS Nordic, Arctic Rock (92.9 x 15 m, 2978 gt, 3500 dwt) will be able to transport twice as much weight in windmill parts as other 3000-tonne vessels for the same cost. Piet Brouwer Electrotechnology was brought in by Hartman Shipbuilding for the design, engineering and construction of the entire electrical system. The vessel will be operated in the offshore market by the company Global Seatrade, which is part of the Hartman Marine Group. 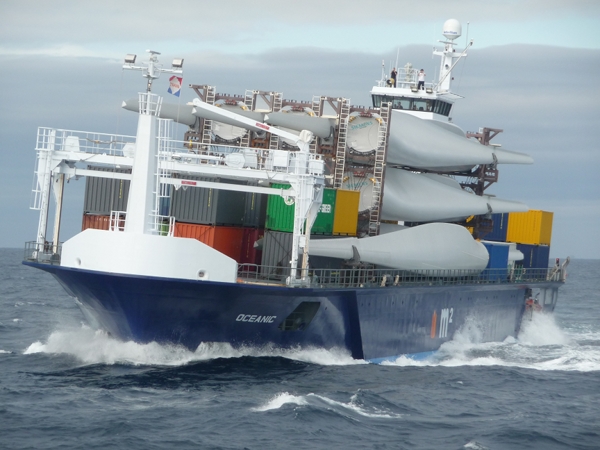 Arctic Rock’s alarm and monitoring system will be supplied by Marble Automation, a subsidiary of Piet Brouwer Electrotechnology. It will comprise a tank monitoring system in which the tank tables are incorporated in the Marble system, ensuring great precision in readouts. Marble also transmits the alerts and readings from the Wärtsilä engine via Ethernet, and displays them in their actual physical location on an image of the engine. This allows the current condition of the engine to be monitored easily and directly. The controls and operation of the bow and sternthrusters are also entirely managed by Marble.