The hull of the wind farm support vessel Acta Orion arrived in the Dutch port of Harlingen in early June, since when the engineers from Piet Brouwer Electrotechnology have been installing the electrical systems. The 108-metre ship is being built by CIG on behalf of Acta Marine, a subsidiary of the dredging company Van Oord.

Piet Brouwer Electrotechnology is realising the design, engineering, delivery and installation of the comprehensive electrical systems and diesel-electric propulsion on board Acta Orion. The systems are designed and delivered in cooperation with partner D&A electric from Ridderkerk. Meanwhile, the engineers from Piet Brouwer have almost finished laying the wiring in Harlingen, and the software experts from subsidiary Marble Automation are busy programming the alarm and control system. 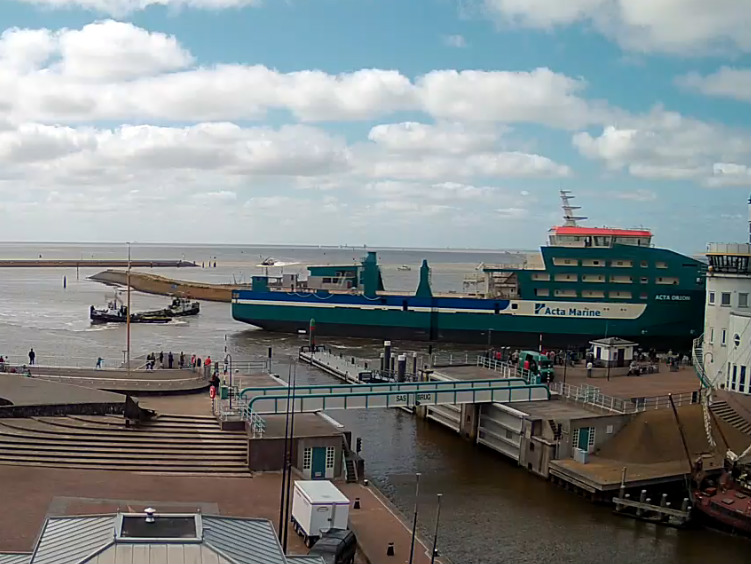 The work on Acta Orion is proceeding according to plan says project manager Lub Visser. “After 11 weeks, we have laid some 115 of the 140 kilometres of cables. The last cables are currently being laid on the bridge and in the technical spaces. Once this is complete, we will go on to coupling and commissioning. We are already completing the installation of the lighting, switches and wall plugs in the accommodation spaces and will also connect the D&A systems and the generators in the next couple of weeks.”

Acta Orion is a walk-to-work (W2W) vessel designed for activities on wind farms. She offers comfortable accommodation and working space for 75 people. Solid engineering and hull construction ensures that the vessel is highly seaworthy, even in rough weather and the harsh conditions of the North Sea.

The ship has the capacity to carry 10, 20 or 40-foot containers on two levels below decks and above the hatches on the upper deck. Acta Orion will also be equipped with two landing sites for crew transfer vessels, i.e. smaller boats that transport technicians to the wind turbines. In addition, CIG is equipping the ship with a footbridge from Ampelmann featuring motion compensation, which will allow for safe and efficient transfer of people and equipment between the vessel and the wind turbines.

Van Oord will deploy Acta Orion in the construction of the wind farm Gemini being built 85 kilometres north of the Dutch province of Groningen, which is to be fully operational in 2017. A total of 150 turbines are being installed here, divided into two adjacent farms – this explains the name of the wind farm, Gemini meaning ‘twins’ in Latin.

The hull of Acta Orion was built in Poland and the ship is being completed entirely in Harlingen. She is expected to be operational by the end of 2015 and progress on the outfitting can be followed via live webcam.