20 march 2017: Over the past winter Piet Brouwer Electrotechnology worked on three major refit projects on Mallorca, successfully completing the refit of SY Ghost and performing work on SY Saudade and SY Red Dragon. 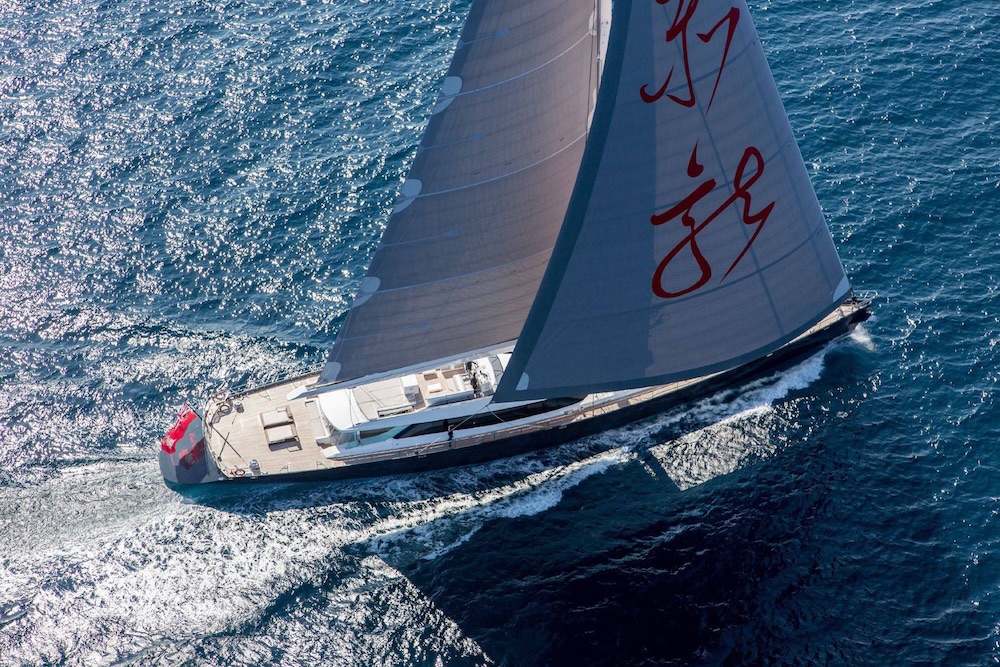 Piet Brouwer Electrotechnology provided the new mast (46 metres) and boom of the 122-foot all-carbon sailyacht Ghost from Vitters Shipyard with cabling, equipment and lighting in Palma. After the mast was placed, all the on board electricity was installed, connected and tested. We also completed various other projects to allow the yacht to depart for the Caribbean.

Ghost had previously had an upgrade in the Netherlands where Piet Brouwer performed a range of activities, including the installation of the shore converter and integration of a new power management system. The alarm and monitoring system of the high-performance yacht were also fully replaced. We also integrated a harmonic filter which keeps the sine wave of the on board network clean and evenly distributes the load over three stages.

Piet Brouwer Electrotechnology performed a complete refit of the three steering positions on the 148-foot Wally Saudade. The two outdoor consoles were disconnected, and the central console of the sailyacht was removed and integrated in two new outdoor consoles.

On Red Dragon, a 169-foot sailyacht from Alloy Yachts, Piet Brouwer Electrotechnology integrated a remote control for the sails. In addition, we delivered and installed the propulsion for the automation of the flybridge and performed maintenance on the existing remotes.